Britain has a long and rich tradition of garden design, but how do European garden designers perceive us, where do we stand on the world stage – and are we obsessed with roses? 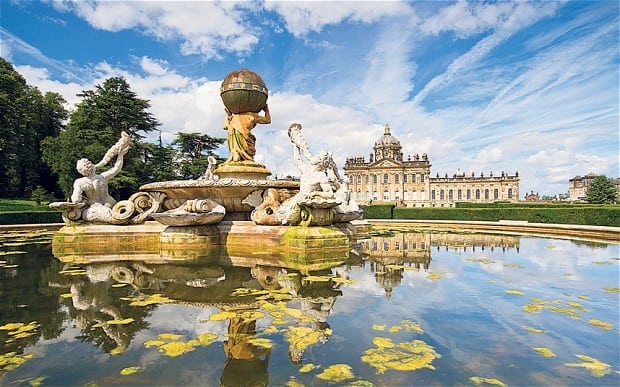 Every gardener knows that it is easier to judge other people’s plots than one’s own. Caught up in our own debates, it can be difficult to see how British garden design appears to the outside world. Are we a nation of rose-obsessed cottage dwellers, or international trend-setters?

It feels as if garden-making in Britain is on a high at the moment. A conversation is going on between our traditional, romantic, Arts & Crafts style, and the influx of ideas about naturalistic planting from Germany and the Netherlands. Yet perhaps this is just vanity – or complacency.

To get a handle on where we stand, I asked a few questions of leading European designers: are we overly obsessed with “romantic” gardens? Where do our gardens rank in the context of global design? Has the influence of New Perennials planting changed perceptions of our style?

Their responses were intriguing. Not surprisingly, all have been influenced by Britain, but as much by the spatial qualities of our gardens as by our famous planting tradition. 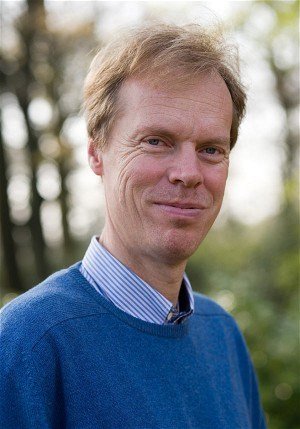 “I travelled a lot in England with my father [Jacques Wirtz, also a landscape designer] when I was young. Back then, before the Channel tunnel, exploring England still felt like an adventure. I see your tradition in the perspective of the whole history of European garden design. Some places that are not so well known in England, but which I am quite fond of, stretch the perception of what English design is. I found that some of your older great gardens – like Montacute, Athelhampton, Parham House – and also prehistoric sites like Avebury, were fantastic, mind-blowing and also very modern to my eyes.

“Such places take English garden design far away from the herbaceous borders, the cottage style, and the fascination with planting schemes.

“Then there is the work of Lutyens – we saw Marsh Court, Folly Farm, Castle Drogo. I also stayed at Little Thakeham when it was still a hotel. There, he cuts through his perspective with a pergola – a raised pergola. This is so bold. So modern. I find it almost more modern than the New Perennials planting wave… As a boy of 14 I fell in love, I was moonstruck by Sissinghurst. The tall walls covered with purple and blue clematis. For me this is all about elevating the human being from the banality of everyday life into the illusion of a higher state of mind. This is what English gardens did to me.” 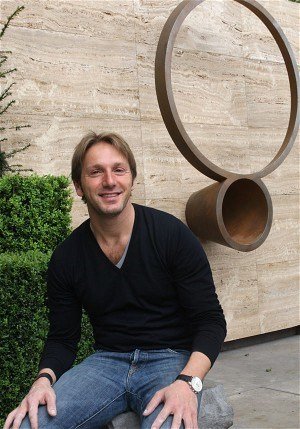 “From a global perspective, British garden design still stands at the very top of the industry. When I’m speaking at events in Europe or the US, I know that simply being based in London and making gardens in the UK is something that draws people.

“I think the British will always be obsessed with the roses and a romantic idea for their gardens; it comes with their love and connection to their landscape. The openness and accessibility to the country with the rights of way and rambling are entrenched in your national psyche – which is something I have no reference to in Italy, because you’d get shot if you wandered around like that!

“For centuries the British have been a nation at the vanguard of garden design and planting. But it now feels like there is a chasm here that hasn’t yet been bridged between herbaceous borders and roses and romantic gardens, and how grasses and perennials are used in new ways. Not only in the scale of the space, but also because the marine climate of Britain does not provide the roasting summers or crisp winters that gardens of the Low Countries or the East Coast of the US exploit to such effect.

“I feel that many garden designers are influenced too greatly by the New Perennials movement and attempt to overlay it as some kind of template onto spaces for which this approach is not necessarily the best. It becomes fashionable; everything starts to look more and more the same. Perhaps having 24/7 access to images from across the world has an effect of limiting creativity; we no longer have the time and patience to engage with or become immersed in landscapes, paintings and other things.” 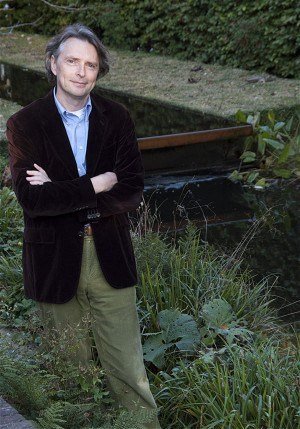 “I made a short trip to England in early November, so my observation is influenced by that. At Houghton, Castle Howard and Chatsworth, the greatness and splendour of British gardens was obvious again. But the walled garden at Scampston, with its glorious plantings by Piet Oudolf, posed an interesting question: can historic places be part of the present debate about the future of gardens and parks? Since gardens and parks (and landscapes for that matter) work with material that grows and decays, keeping them in good shape is a design issue. Therefore, historic gardens should be included in the current debate.

“The quality of Piet’s design is not only fantastic because of his abundant planting schemes, but also for its new interpretation of the walled garden.

“If we compare this with infill of the walled gardens at some of the other grand houses, we see the difference in attitude. There also we have well-kept gardens, but in a layout and with plantings that suggest that it is all historic, when in fact the work is mostly relatively recent.

“The new naturalistic aesthetic, of which Piet is a great promoter, will stay with us for some time, I think. Quite rightly – because it is colourful, has visual interest and ecological merits.” 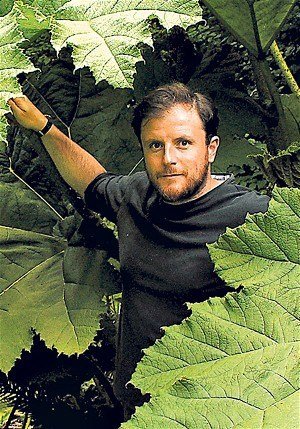 “I am a great fan of English planting and I do believe that English gardening represents an art form comparable to poetry, music, painting and sculpture. On the other hand, I think it is difficult for young English garden designers to create something that is truly modern.

“The romantic British garden still has its influence: there are several young Chinese landscape architects who are now making real money designing so-called modern gardens that look like a pale imitation of some 20th-century masterpiece of English garden design. But the line between masterpiece and bad taste is very, very thin. Somehow William Robinson’s natural gardens have had a devastating impact in Britain, destroying the creativity of generations of garden designers. (It’s similar to what happened to architects after Le Corbusier.) Of course, this does not mean that England is without talented garden designers who are under 40 years old.

“Six years ago, my wife, Benedetta, and I drove by motorcycle from Milano to Dungeness, just to see Derek Jarman’s garden at Prospect Cottage. Amazing. For me, that small garden without any framing is an exquisite form of modernity. The force of that garden is twofold. First, Jarman’s aesthetic sense of a self-healing landscape, in which rust becomes a positive and all the found objects do not simply become older but ripen with age. Second, the way the extraordinary power of violent nature is understood as a blessing, not a problem.” 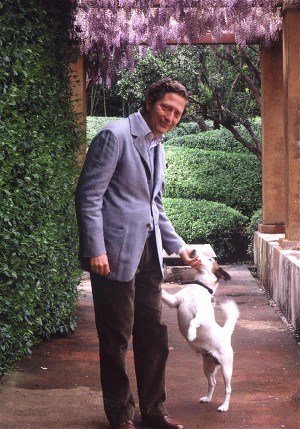 “Obviously I know and admire the work of Dan Pearson, Beth Chatto and Tom Stuart-Smith – their marvellous knowledge of the textures, mixes and refinements of plants, the way they fine-tune the leaves, forms, colours and flowers of plants, all the thousands of possible combinations, making the gardener a magnificent connoisseur of botany.

“Much has changed in English gardening since Edwardian times and Gertrude Jekyll. There are some similarities and some differences resulting from this evolution over time. Both traditional and the newer English gardens remind me of the millefleur tapestries of the Lady and the Unicorn [at the Cluny Museum, in Paris] and The Hunt of the Unicorn[in New York’s Cloisters Museum]. In my opinion, this floral language represents a search for the origins, the splendour and the primal variety of the world.

“Two British gardeners who undoubtedly changed the vision of gardeners for ever are William Kent and Capability Brown. At Rousham, Kent showed his admiration for the living landscapes he experienced during the 10 years he spent on the Grand Tour, inventing landscape design in the process. As for Brown, he was a genius and his work was immense in every way.

“These two both belong to the iconography of the soul of our civilisation, and they continue to be a core inspiration in contemporary British gardens.” 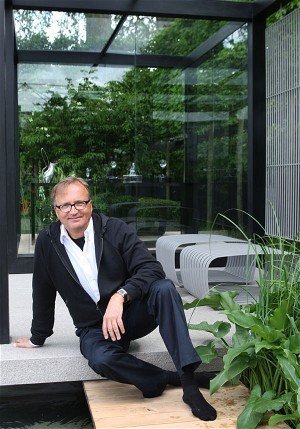 “My main point is that even if naturalistic planting is a trend, you should be very happy having the tradition of horticulture that you do, because I think it’s easier to add ecological principles if you already know the material well. Most landscapers in other countries do not understand plants as well as you do in Britain. I thought the Olympic Park was a brilliant project. It was quite modern but also reflected the historical British interest of introducing plants from the whole world to British gardens.

“Are the British obsessed with romantic gardens? Stop worrying! I think what is really interesting in the UK is the wide range of plants you can work with. As long as you can encourage young gardeners, new directions will occur, because some of those gardeners are in the queue to become the designers of the future. I don’t see anything like the range of interests among designers in the rest of Europe.

“Of course your heritage can be a burden, but I would not be worried because there are so many different groups of professionals in the UK – plants people, university people, lighting architects, water specialists – who are really interested in gardens. That isn’t the case in many other countries, I would say.

“I don’t think any other country exports their designers in the way the UK does.”