Famed for his portraits of Her Majesty The Queen and the Dalai Lama, Hugo Rittson-Thomas celebrates a very different cultural icon in his new book: the wildflower meadow. 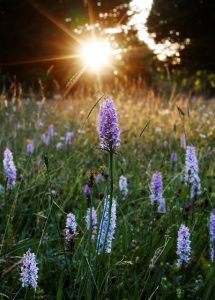 In partnership with conservation charity Plantlife, and with a foreword by their patron HRH The Prince of Wales, Wildflowers for The Queen, by fine-art photographer Hugo Rittson-Thomas, celebrates the unsung beauty and diversity of wildflower meadows.

Photographed over a year, Wildflowers for The Queen features 19 meadows (of which 14 are Coronation Meadows) in stunning locations and stately homes including Chatsworth, Blenheim Palace and Highclere Castle. Rittson-Thomas was granted exclusive access by The Queen to Sandringham, whose meadow is a particularly magical example of wildflowers in all their bucolic glory.

HRH The Prince of Wales’ own meadow at Highgrove is also featured. Created over 30 years ago, it was the brainchild of the Prince and Dame Miriam Rothschild, who sowed a mix of over 100 species of wildflowers typical of Gloucestershire to replicate the old meadows lost over time. 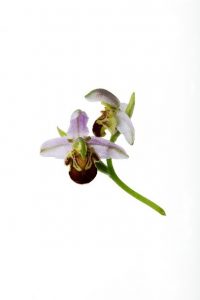 Taking us from the Viking meadows of Muker in Yorkshire’s rolling dales to the Cornish unique culm grass meadows of Cornwall, Rittson-Thomas also photographs a wide range of rare wild orchids, including the Monkey, Bee, Man and Lady orchids.

Rittson-Thomas says: “The premise and aim of the book is to ‘make the invisible visible’, to celebrate the rich botanical heritage of the wild flowers and unique meadows of England with their exotic and often charming names, and to elevate them not only as the stars of the show, but also as valuable and irreplaceable forms of life on our green planet. My hope is that the book will inspire others to be enthusiastic about wildflowers and even visit the meadows for themselves.”

In the book, he draws inspiration from the work of Horst P. Horst, Robert Mapplethorpe and Nick Knight, while his contemporary ‘still life’ flower arrangements pay homage to the Dutch Old Masters. His mirror technique, at the heart of his 2015 exhibition The Queen’s People, is used here to showcase the delicacy of flowers from multiple angles (Great Burnett) and, using a lightbox, he pays homage to Victorian botanical plates, injecting luminosity and vibrancy (Bee Orchid and Snakes Head Fritillary).

Wildflowers for The Queen explores urgent questions about conservation and biodiversity in Britain. Meadows are one of the UK’s most species-rich habitats, supporting nearly 800 types of flowers and plants, along with 400 species of pollinators and other insects. Today, surviving fragments of flower-rich meadows and pastures only account for 1% of UK land as we have lost an alarming 7.5 million acres since the 1930s. Most are now too small to qualify for legal protection, meaning that ancient meadows that have existed for a century can disappear in a morning under the plough.

Rittson-Thomas’s book both celebrates this precious part of Britain’s natural heritage and seeks to raise awareness about its value in the 21st century.