SOCIETY OF GARDEN DESIGNERS ANNOUNCES WINNERS IN THE SGD AWARDS 2014

Ian Smith MSGD and Cleve West MSGD have taken the two most prestigious awards at the Society of Garden Designers third annual awards ceremony, receiving the Grand Award and Judges Awards respectively in front of an audience of over 350 guests.

The accolades were presented at a ceremony in London where 19 awards were announced including recognition for community garden projects, international schemes, excellence in public and commercial outdoor space and a special lifetime achievement award.

The Grand Award, the most celebrated award of the evening, went to Ian Smith MSGD of Acres Wild for a private garden in Surrey that the judges called ‘a transformational project.’ (pictured above) Remarking on the scheme the judges said: ‘this garden achieves one of the most difficult goals in garden design; it feels as if it has been in situ for several decades.’ Devised as a journey through interlinking spaces, the judges said the garden ‘feels composed and perfectly linked and has a period ambience, exhibiting confidence of scale,’ and concluded that it was a ‘well executed, integrated design with sharp edges softened by sophisticated planting’. The Garden was also named best Large Residential Garden.

Cleve West MSGD’s Horatio’s Garden, created for patients and staff at a spinal treatment centre in Salisbury, was one of the most applauded projects at the ceremony. A garden full of life and hope, it was named best Public or Commercial Outdoor Space and honoured with the People’s Choice Award and the coveted Judges Award. The judges said: “This is what healing gardens should be like; If only they all had a similar design. It has beautiful planting that works with the scale of the building and helps to reconnect people to nature.“ (garden pictured below)

A contemporary garden in Wimbledon designed by Charlotte Rowe MSGD was also granted three Awards, being named best Medium Residential Garden and taking awards for Hardscape and Lighting Design. The judges remarked on the ‘good proportions, beautiful site lines, crisp design detailing and amazing finish. Calling the garden ‘a sublime haven’ and concluding that ‘the harmonious design worked perfectly with the house’

Dan Pearson MSGD took the prize for the newly introduced Historic Garden Restoration award for a garden originally designed by Gertrude Jekyll. The restoration of the garden, for which Dan referenced Jekyll’s written work and surviving archival planting plans from her gardens of the same period, was described by the judges as ‘a sensitive, beautiful and intelligent response to the client’s brief.’

The Pocket Garden category – the second new award for 2014 – was taken by Rosemary Coldstream MSGD for a riverside garden the judges called ‘very pleasing’, whilst the Small Residential Garden was won by Sue Townsend MSGD.

Other awards on the night went to Debbie Roberts MSGD in the International category, John Davies in the Future Designer category,Rebecca Smith for the Small Budget Garden category, Jackie Herald and Annie Chapman who were joint winners in the Designing for Community Space Award and Andrew Wilson FSGD and Gavin McWilliam who took the Paper Landscapes Award – a category that welcomes innovation and experimental ideas.

“Commenting on SGD Awards, Philippa O’Brien MSGD, Chair of the SGD said: “ One of the joys of superb garden design is that it looks effortless. These gardens are however the result of years of training and experience, immense skill and razor sharp attention to detail. I am immensely proud that the SGD is the professional body representing such finely honed talents and we are able to recognise and celebrate these talents at The SGD Awards ceremony.

The SGD Student Award
Joint winners were announced in Society’s Student Award for entries from Joanna Midwinter and Jiyoung Kim that the judges felt exhibited ‘a mature approach in dealing with the complex and challenging sites they were tasked to design’. The judges said Joanna Midwinter’s scheme for The New Great Square was ‘practical and beautiful and displayed a sensitive approach to dealing with an iconic site whilst creating something valuable for 21st century living’ adding that Jiyoung Kim’s design for a Rotherhithe garden was ‘dynamic and incredibly impressive and an ingenious use of the existing site.’

The John Brookes Lifetime Achievement Award
Other special awards given on the night included The John Brookes Lifetime Achievement Award – an award, named after one of the Society’s Life Members and granted to an individual who has made an outstanding contribution to the landscape and garden design profession. The Award, which is gifted by the Council of the Society of Garden Designers, was given to plantswoman and author Beth Chatto and collected by her granddaughter Julia Boulton.

Philippa O’Brien MSGD, Chair of the SGD said: “Beth Chatto was a natural choice for the John Brookes Lifetime Achievement Award and the SGD Council was unanimous in its eagerness to grant the award to her. Beth Chatto has influenced generations of gardeners and garden designers through her passion for plants, her ecological approach and her inspired garden writing, continuing the important cycle of sharing and learning about plants. To a whole generation of garden designers, she is considered the guru of shade planting.”

About The SGD Awards

The SGD Awards is an annual awards programme organised by the Society of Garden Designers to reward outstanding achievement in the garden and landscape design profession. Covering all aspects of design from private domestic gardens to engaging public spaces, the SGD Awards are dedicated to promoting excellence among landscape and garden designers. With the exception of the Designing for Community Space Award, which is open to the general public, the SGD Awards are open to Members of the SGD only. Categories include residential garden projects, international and commercial scheme and student design along with awards for planting, hard landscape and lighting design. www.sgdawards.com

About the Society of Garden Designers
The Society of Garden Designers has been championing excellence in garden design for more than 30 years. It is the only professional association for garden designers in the UK and counts some of the UK’s leading garden and landscape designers among its growing membership. It is active both nationally and internationally, promoting its aims through its journal, workshops, seminars, conferences and links with the construction industry. www.sgd.org.uk 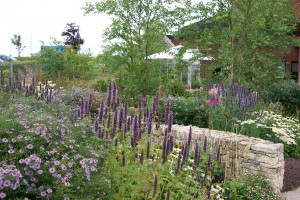 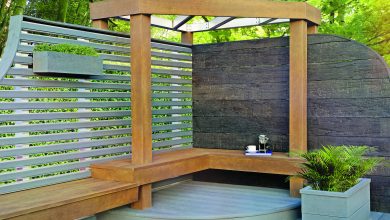 COMBATTING CORONAVIRUS: Living in the bubble…