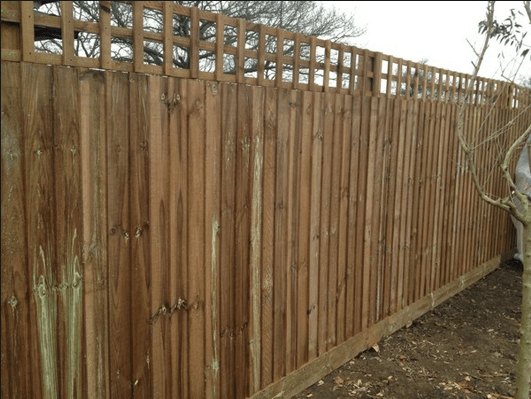 The series of storms from October until early March have meant that the UK is now subject to a long-term fence panel shortage, says Forest Garden.

The shortage is primarily due to insufficient raw material availability, caused by both the recent upturn in demand for construction timber and the unusual series of five major storm periods since November of last year, leading to a dramatic upturn in demand for replacement fence panels.

Despite some manufacturers putting increased fence panel production measures into place, there isn’t the capacity in the UK market to meet this demand meaning that retailers and trade outlets need to face the reality of reduced fence panel availability for some time to come, confirms Forest Garden.

Despite the last of the storms battering the UK over six weeks ago, demand for stock is still incredibly high says John Gomersall, Forest’s sales and marketing director. He said: “The storms may have died down but the long-term implications are still being felt. Presently we are witnessing demand that is upwards of five times the normal level, and still increasing.”

While the weather has meant there is an unexpected demand for materials, issues can also be placed at the door of the UK’s increasing economic growth. As the building and construction industry gets back onto its feet, the need for timber increases.

“The knock-on effect of this raw material shortage has also resulted in some short-term capacity issues for smaller manufacturers”, explained Mr Gomersall. “Lack of material has meant that some have had to cease production. The demand that they would ordinarily see is being passed onto companies such as our own further increasing our ongoing demand. Add to this the fact that spring marks the time of year when we’d normally be building stock levels ahead of the core gardening period, and you can begin to understand the pressures that suppliers such as ourselves, and retailers and trade outlets are currently dealing with.”

Mr Gomersall added: “In order to help our customers make the most of the situation, we are working closely with them to place stock in the right locations. Regular stock allocation to where it is most needed in relation to sales history has actually helped our customers increase their sales against a backdrop of reducing stock levels within their outlets.

“Additionally, Forest Garden is in a unique position, in that we are a UK supplier that is vertically integrated with its own sawmills. This means that we are able to increase product availability better than most when it’s needed, and as far as possible can replenish stock as quickly as possible. We’ve also recently added 100 new workers to our team, and due to the continued high levels of demand these workers will be retained for much longer than first anticipated. This will help to ensure that our retail and trade customers are armed with stock in both the short and long term.”