The Wuhan Water Garden may be the most eye-catching Show Garden at the largest Triangle Site. Designed to be walked around and viewed from all sides, the Garden will evoke a unique journey for visitors to China’s Hubei Province and its capital city Wuhan.

Architect Laurie Chetwood and landscape architect Patrick Collins collaborated in designing the Garden which is inspired by China’s ‘City of 100 Lakes’- Wuhan, whose culture and development has long been associated with water.

Wuhan is the capital of central China, situated on the Yangtze River at the crossroads of nine provinces with a population of over 10 million. Throughout history, Wuhan’s residents created a system to efficiently manage and control the flood waters of the iconic Yangtze River using man-made canals and lakes that ebb and flow according to the level of water in the river. It was recently designated as an environmental ‘Super City’ by the regional and central government and was the first place Prime Minister Theresa May visited on her recent trip to China.

Walking into the Wuhan Water Garden, visitors can enjoy the harmoniously contrasting and varied natural landscape of China’s Hubei Province and also the high-tech urban environment of the City of Wuhan. At the back of the Garden is a breathtaking landscape of ancient forests which represents the UNESCO World Heritage Site of the Shennongjia primary forest; the greenery centerpiece stands for the Jianghan Alluvial Plain – a land flowing with milk and honey; while rich water systems highlight how Wuhan has been closely bound to water, along with abstract sculptures erected around the water system showcasing the urban architecture and the well-developed and modern Wuhan city. The harmonious co-existence between humanity and nature perfectly captures the essence of this ancient yet modern city.

The Garden is being constructed using a modular grid system pre-fabricated off-site to ensure an efficient build process on Chelsea’s largest show garden plot. Rising from a grid ‘platform’ base, vertical uprights and a tessellated ‘quilt’ of cubic containers will suspend the Garden’s various elements (forest, urban and aquatic planting, water features) along, around, above and below a suspended walkway that runs the length of the site through dense tree canopies, over the lush forest floor, and as a transparent bridge across the central city and lake.

The water features will be made-up of a series of prefabricated interconnecting tanks on the same grid, representing the natural river and the controlled water management system. In the woodland area a series of ‘cloud’ misting features will represent the source of the Yangtze River, which flows beneath the forest canopy as a series of meandering ‘mountain streams’, into a series of ebbing and flowing fountains in the central lake that, in turn, feed the canals and rills of the man-made landscape in the hinterland beyond.

Materials will include rustic and solid timber, bamboo and Corten steel in the woodland and hinterland areas, emerging into colourful and reflective materials such as stainless steel, Perspex and lacquered bamboo in the central city zone.

The plants will have about 75 different species and 5500 plants, falling into three main categories: species native to China and Hubei Province, species with a wide distribution across the Northern Hemisphere including China, and garden cultivars of Chinese species.

The journey around and through the Garden aims to arouse all the senses: the sense of ‘floating’ on the walkway, the changes of colour and texture of planting and materials from forest to city, the smell of the forest, the sounds of woodland birdsong and of water from the fountains and rills, the acoustic reduction of external sound and the enhancing visual effect of mirrored panels to create stillness and density in the forest.

It is the second in a series of gardens representing China’s key cities that Creativersal is planning to sponsor at the Chelsea Flower Show. The first Garden was the Chengdu Silk Road Garden, sponsored by Creativersal and also co-designed by Laurie Chetwood and Patrick Collins at the 2017 Chelsea Flower Show, which won the silver-gilt medal for its presentation of the pragmatic cooperation between China and the U.K. under the Belt and Road Initiative. 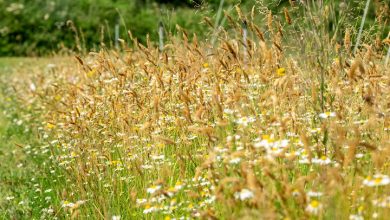 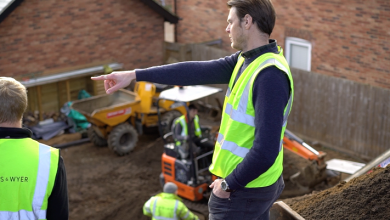