Young filmmakers offered £10k to produce an inspiring film on careers in the Horticulture industry, entitled ‘The Earth in Our Hands’

A group of horticultural organisations behind the GROW Careers initiative have launched a nationwide competition inviting young filmmakers to create an inspiring three minute film promoting horticulture as a viable and exciting career choice.

From Monday 3 February and using the strapline ‘The Earth in Our Hands’, filmmakers are asked to submit an original storyboard for a film which challenges the stereotypes surrounding horticulture and encourages young people to consider a career in the diverse industry. The winning filmmaker will have access to a significant budget of £10,000 to produce their film.

GROW Careers is an initiative set up by a group of influential horticultural organisations informing people about careers and opportunities within the industry. The group, which includes British Growers Association, Farming and Countryside Education (FACE), The Horticultural Development Company (HDC), The Institute of Horticulture (IoH), LANTRA, The Royal Botanic Garden Edinburgh (RBGE), The Royal Horticultural Society (RHS), and professional gardener and TV presenter David Domoney’s company Domoney Ltd, is dedicated to improving the perception of horticulture in the UK and encouraging young people to think differently about a career within the industry (see www.GrowCareers.info for full list of supporters and more information).

‘Horticulture Matters’, a report submitted to Government by leading horticultural organisations found that 70% of 18-year-olds believe horticultural careers should only be considered by people who have ‘failed academically’ and nearly 50% of under-25s think horticulture is an unskilled career. By commissioning the short film, the group intends to dispel such myths, reflecting instead the passion of those in the industry and the need for future generations of creative, talented, skilled people.

To enter the competition young filmmakers must create a storyboard for a three minute film that engages with the target audience (young people aged 11-18) and inspires them to visit the GROW Careers website to find out more information about a career in horticulture. Storyboards must be uploaded to thesmalls.com/pitch-room/grow along with at least one example of their previous work. The film brief and full details can also be found at this link.

Based on the submitted storyboards, a panel of horticultural experts will select a shortlist of filmmakers to pitch their ideas in person. The winner will have the opportunity to work with his or her own crew, or to benefit from an expert production team and mentoring provided by the online community for filmmakers, The Smalls.

The completed film will be launched in September this year and widely publicised by participating horticultural organisations as a tool to inspire potential young horticulturalists in schools and colleges, as well as used on social media sites and at prestigious shows including the RHS Chelsea Flower Show 2015.

Chair of GROW Careers, Leigh Morris says: “This is an incredible opportunity for a young talent to show off their originality and technical skills whilst also supporting the horticulture industry and helping to safeguard the future of the UK’s environment. Our ambition is to create a film that excites young people about horticulture and inspires them to look further.”

“Horticulture contributes £9 billion to the UK economy each year and employs around 300,000 people across a variety of disciplines. However, over 70% of businesses now say they struggle to find the skilled workers they require and 83% put this down to the poor perception of horticulture in schools and colleges. In order to rectify this serious situation, we must change the perception of horticulture and help young people, as well as educators, to understand the benefits and potential of a career in this fantastic industry. This film will help us change those perceptions and achieve the vision”.

The closing date for entries is Friday 21 March. The full film brief and terms and conditions can be found at thesmalls.com/pitch-room/grow. 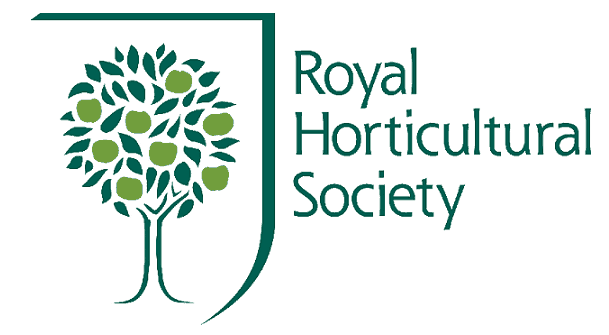